All photos courtesy of Heather Jasper

Their adorable animals and brightly colored clothes make them a tourist staple, but alpaca ladies face a number of challenges.

You can’t miss their brightly embroidered skirts and jackets. You certainly can’t miss their adorable lambs and baby alpacas. Every day there are about twenty women in Cusco who come dressed in traditional outfits, ready to pose for photos with their freshly washed animals. Every day, hundreds of photos of them are uploaded to social networks around the world.

“It’s not a costume. This is what my mother is wearing. That’s what my grandmother wore, ”says Bonifacia. Originally from Quispicanchis, Bonifacia and his younger sister Elodia have been posing for photos with tourists in Cusco for six years. Bonifacia has worked to provide for his family since the age of sixteen when his father passed away. His mother ended up with eight children, the youngest being only six months old. As a teenager, Bonifacia bought produce in town and went up to the mountains to sell them in small villages. Her mother tongue is Quechua and she also speaks Spanish. Elodia speaks only a few words of Spanish. None of them can read or write. There aren’t many jobs available for women like them in Cusco, especially no jobs that give them the opportunity to earn as much as possible from modeling for photos.

Continue reading the article after our video

“Panchito is three months old,” said Bonifacia, showing me his alpaca. “I bring him alfalfa and bottles of milk every day. “

Bonifacia says that sometimes people worry that the alpacas they see in the city aren’t being looked after well, but she says they’re just like any pet. They are well fed, washed and taken to the vet if necessary. They also have names, like Blanca, the alpaca that accompanies Leonarda, who hails from the village of Hatun Q’ero.

“Blanca knows her name and will come when I call. Alpacas are smart and you can train them like dogs, ”says Leonarda, who has been coming to Cusco to pose for photos for twenty years. As if to prove her point, Blanca stood up, stretched and walked a few feet away to urinate in the gutter. She looked around lazily, then came back when Leonarda called her. Leonarda and Blanca work almost every day in front of the Santo Domingo Church, which is also the popular tourist destination Qorikancha, the Inca Temple of the Sun.

“I think it’s so important that they can represent their culture,” says Claudia Valdez from Mexico. She and her family only spend a few days in Cusco, but one of their favorite spots in the city is what she calls the “ladies alpacas”.

“I love the way people here in Cusco still speak Quechua,” she continued. “In Mexico a lot of people spoke Nahuatl or other indigenous languages, but these things are getting lost.” Valdez took pictures of his daughter with several women and their alpacas. She enjoys seeing the native culture that the ladies alpacas bring to the city’s tourist experience.

“I wish they had more support, that there was a place for them to work in Cusco,” adds Valdez. Currently, women who pose for photos must continue to move around the city, because staying in the same place is assimilated to settling in a public space and therefore prohibited by the municipal decree.

“Their colorful dress is a nice reflection of Cusco’s culture,” remarks Mike Vose. Originally from New Zealand, Mike spent most of 2021 living in Cusco. “I wish there was a way for them to communicate more easily with visitors, explaining where they are from and the meaning of their dresses.” While some women speak a few words of English, most speak only Spanish and Quechua. Not all speak Spanish and some have to rely on their companions to translate their Quechua if necessary. 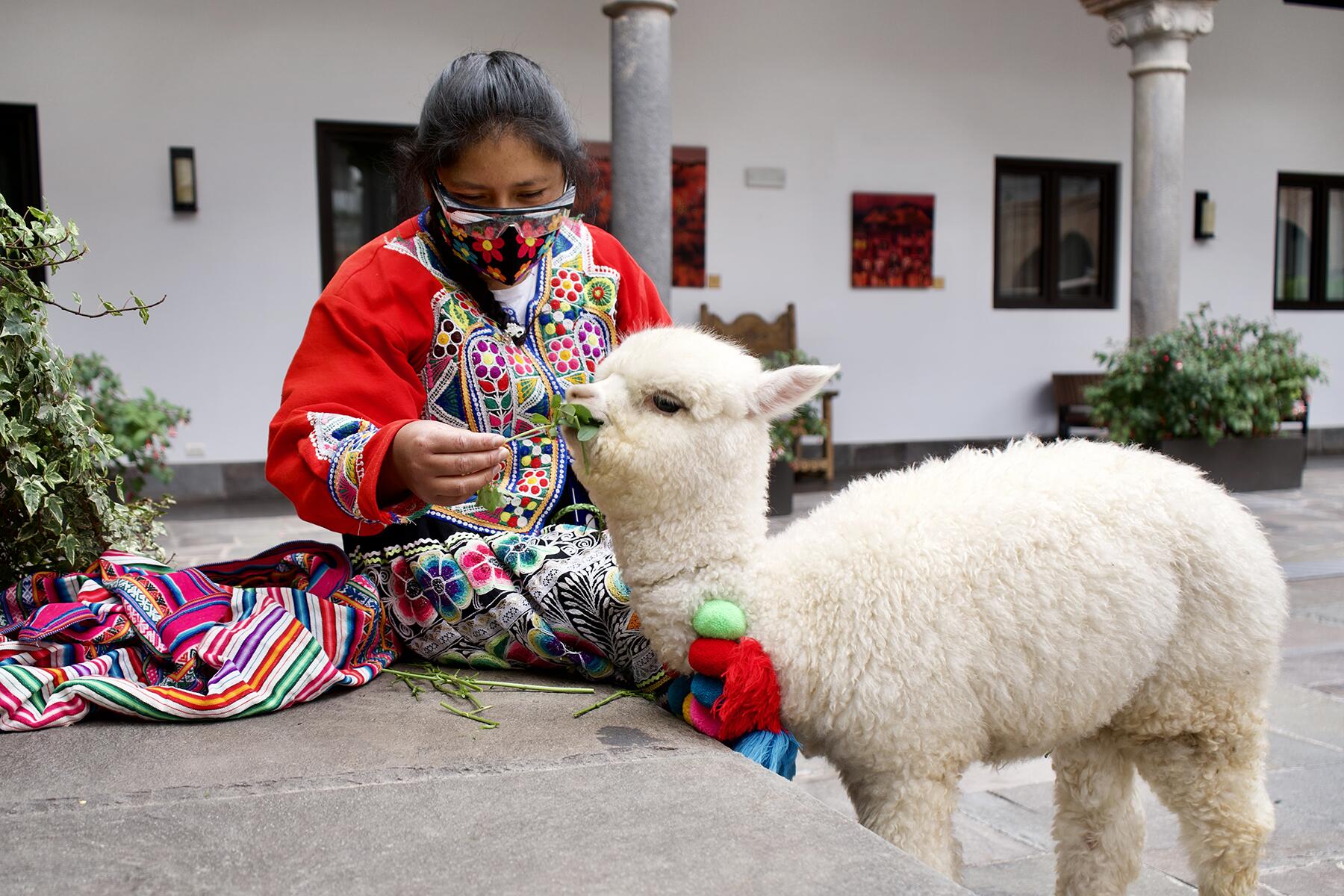 “Tourists love to take pictures with us, but what they really come for the animals is the animals,” says Victoria. “If I don’t have at least one lamb with me, tourists can’t tell if I’m there to take pictures.” Like about half of Alpacas, Victoria comes from a community called Fortaleza Sacsayhuaman. The village is just upstream from the Inca Fortress of Sacsayhuaman, which is one of Cusco’s most popular tourist destinations.

The women of Fortaleza Sacsayhuaman wear a wide variety of bowler hats and knit their own colorful cardigans and sweaters. This distinguishes them from women who come from Quispicanchis or the Paucartambo region. Bonifacia and Elodia wear brightly embroidered skirts and jackets, like all the women of Quispicanchis. They also wear flat hats called ‘montera’, which come in many different colors and are also embroidered. Bonifacia brings an additional montera with it for all tourists who wish to wear one in their photos. She says what she loves most about this job is meeting people from all over the world. 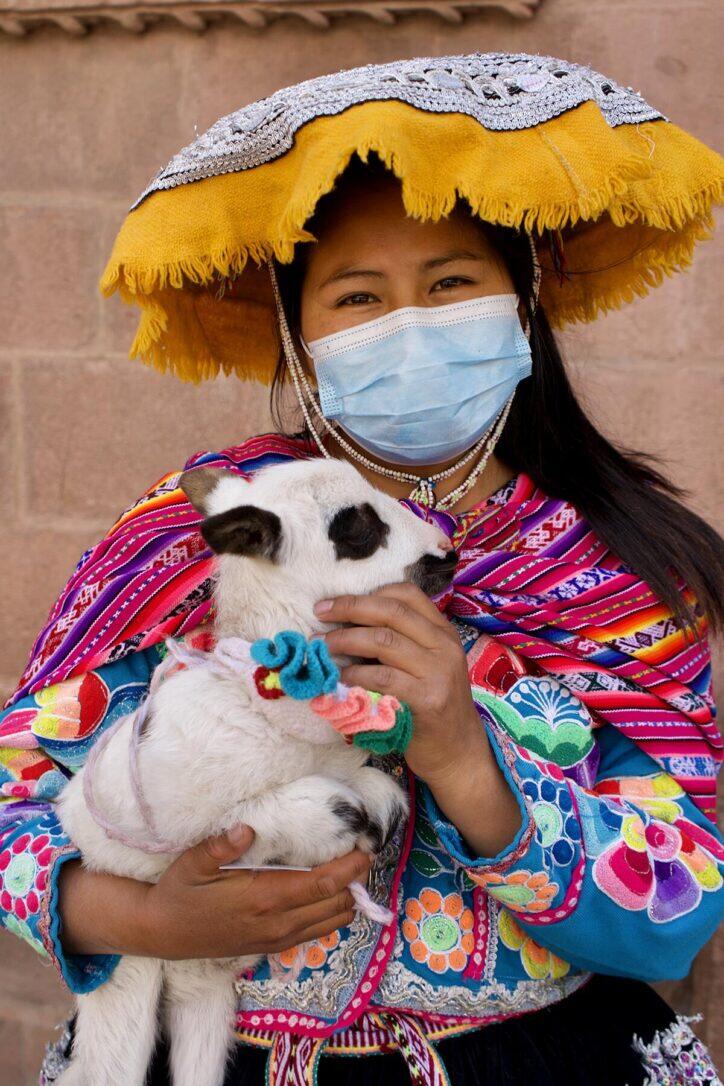 “What I like best about this job is when tourists ask me to sing,” says Lisbeth, originally from Paucartambo. “Peruvian tourists sometimes ask me to sing a traditional song in Quechua. Many women have told me that what they love most about modeling for photos is the flexibility and the ability to earn more than they would in other jobs. During the 2020 lockdown, most were stuck at home in their villages, planting potatoes and taking care of their alpacas. It was a stark reminder of how difficult farming is and how little income a person can earn from it.

But all the women I spoke with agreed that the hardest part of their job is dealing with the city security guards. There is a private security force hired by the city of Cusco to provide additional security in the most touristic areas of the city. They treat ladies alpacas the same as anyone selling on the street.

“Street vendors are prohibited in Cusco by the municipal decree,” said Juan Carlos Galdos Tejada, director of economic development and municipal services for the city of Cusco. Part of the job of security guards is to ask vendors to come around when they have settled in the same location. “Farm animals are also prohibited in the city center,” adds Galdos.

This is where the shoe pinches for alpaca ladies. Youana Huaracca Amao, of the Las Ñustas Sonq’oykipi Ttcarisunchis association, explains that in meetings with the mayor, the women were granted permission to have animals with them in less central areas of the city. However, if they want to earn a decent daily income, they have to be in the center of the city, close to the most popular squares and archaeological sites with tourists.

Another subject of controversy is that before the pandemic, lambs and alpacas were routinely confiscated by city security guards. More than ten women I spoke with say their animals have never been returned nor have they been compensated for the loss of their property. The women allege they were taken to a petting zoo called Cusco Park. In addition, all say that more than the monetary value of the animals, the women were more anxious about the way their pets were treated after their confiscation.

“I always feed my alpacas with milk and alfalfa, but I’ve heard that they are only given hay at the petting zoo,” says Maria, from Fortaleza Sacsayhuaman. “I am so worried about what happened to the alpaca that they took from me before the pandemic.” Cusco Park is now closed since Peru’s lockdown on March 15, 2020.

“No one knows Cusco Park,” says Robbie Dixon, who is from the United States and visited the park in 2019. “They had all kinds of animals: vicuna, alpaca, llamas, lambs, chickens and pigs. Now some of them were in little cages and that really drove me crazy. Some of them were in an open field but it was not very big.

Bonifacia’s daughter Kely also visited Cusco Park in 2019. She went to collect her aunt Elodia’s lamb after it was confiscated. “I took milk for her, but they wouldn’t let me give it to her. My mom sent me to try and get the lamb because she was so young. She needed milk. Kely paid the entrance fee and pretended to be a tourist, but she couldn’t find her aunt’s lamb.

Many women have told me that they have tried to ask the city for their work to be recognized as legitimate. They don’t want to be treated like illegal street vendors. “We need a permit system so that our animals are registered and cannot be confiscated,” says Victoria. “These are not cattle. They are pets. 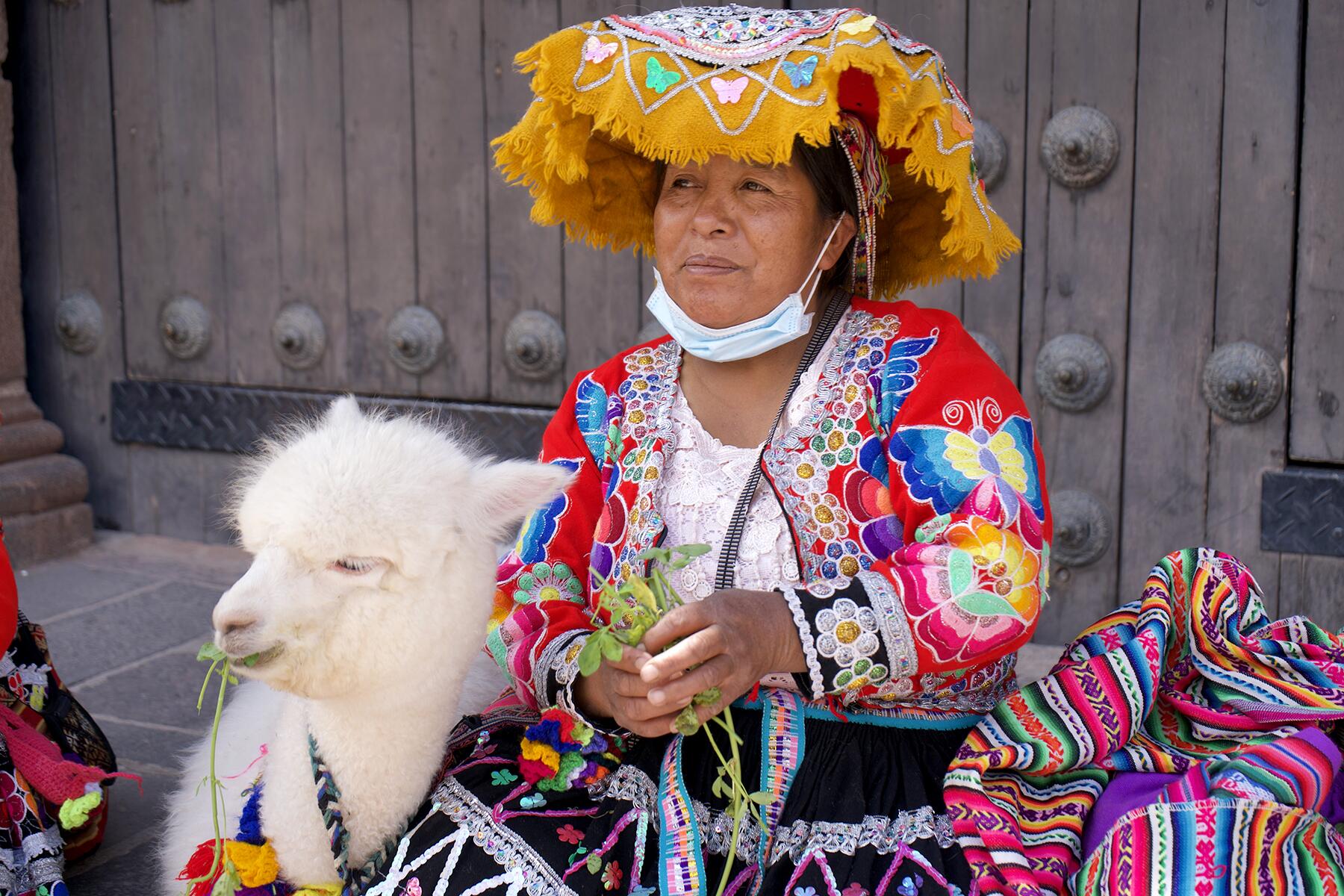 On the best days, especially in July and August, a woman posing for photos can earn up to s / 80 Peruvian soles, or around US $ 20. Most of the time, they earn between s / 20 and s / 40. On rainy days, they can earn as little as s / 10. It doesn’t even cover transportation, let alone food for themselves and their pets. The women of Fortaleza Sacsayhuaman can travel to the historic center of Cusco to work, but other women live further south of the city, where they can afford to have land for their alpacas and sheep. Buses entering the city do not allow animals, so women are forced to pay for taxis to and from work.

“We don’t charge a fixed fee and only ask tourists to tip voluntarily. Sometimes they pay s / 1 or s / 5. If we were recognized as legitimate workers, we could have a fixed price and it would be easier for tourists, ”Kely explains. She is 25 years old and is saving the money she earns to start her own business. “I like working for myself,” she says with a smile.